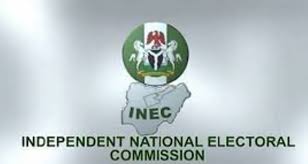 The Chairman of the Independent National Electoral Commission, INEC, Mahmood Yakubu has dismissed reports that the electoral umpire is operating polling units in Niger Republic.

According to him, the Nigerian constitution does not allow the conduct of elections outside the country’s territory.

It was reported in some quarters that the commission as been registering voters in some parts of the neighbouring country.

A Facebook user, Uche Nwabuike, in a post, had accused INEC of operating some illegal registration centres outside Nigeria.

He made the denial at a Twitter space organised by The ICIR on Permanent Voter Cards (PVC) registration.

He said: “By virtue of the provisions of the Constitution, all elections must take place in Nigeria.

“And to that extent, we cannot register voters or conduct elections outside Nigeria.

“This is why Nigerians in the Diaspora cannot vote from abroad,” he said.

Previous: Osun 2022: Oluwo endorses gov Oyetola, promises 90,000 votes
Next: You can only defeat APC if you are united- Makarfi warns PDP