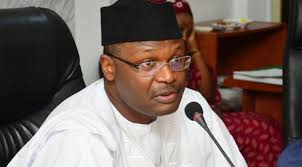 The electoral referee, the Independent National Electoral Commission (INEC) says it does not need the approval of the Nigerian Communications Commission (NCC) to transmit election results electronically.

During a clause-by-clause consideration of section 52 (3) of the electoral act amendment bill, regarding the electronic transmission of results, the senate had asked the commission to seek the approval of the NCC before going on to transmit results electronically.

It had said the NCC must certify that national coverage is adequate and secure, while the national assembly must grant approval before INEC can transmit election results electronically.
But speaking on Tuesday at the commission’s third quarterly meeting with media executives, Okechukwu Ibeanu, a national commissioner and chairman, electoral operations and logistics committee (EOLC), said the national assembly’s decision to subject its constitutional power to conduct elections to the NCC was absolutely unconstitutional.

Ibeanu said instead of seeking NCC’s approval, the commission has the constitutional mandate to impose duties on NCC in order to achieve the electronic transmission of results.

“That is absolutely unconstitutional. You cannot ask INEC to seek the approval of another agency of government to transmit results electronically when actually INEC has the power to impose duties on NCC to achieve electronic transmission of results,” he said.

“I completely agree that in the context of underscoring the independence of the commission, section 160 of the constitution has done everything it needs to do. What is left is for INEC to use the power it has under the constitution to achieve its aim.”