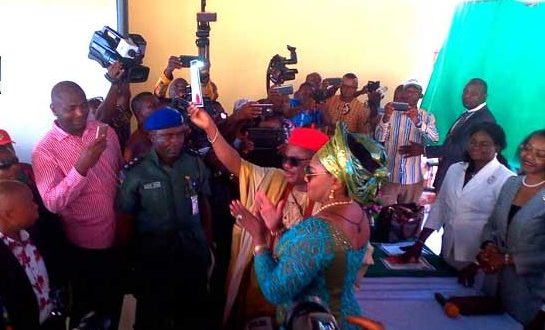 INEC presents Certificate of Return to Obiano, tells governor to keep his promise

Anambra Governor, Willie Obiano has received his Certificate of Return after his landslide victory in Saturday’s governorship election.

In presenting the certificate of return to the governor, the Resident Electoral Commissioner, urged the governor to live up to expectations and continue to develop the state.

He stated that the electoral body has played its part by conducting the election and it is now up to the governor to increase the value of votes by keeping his campaign promises.

Previous: Tinubu cannot be ignored, nobody can take Lagos from APC – Akiolu
Next: In Nigeria today, Buhari is the best man for the Presidency – Okorocha