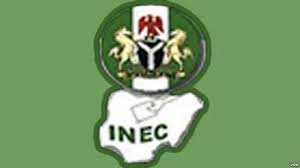 The electoral umpire  is calling for an amendment to sections 68, 109 and 117 of the 1999 Constitution (as amended) so that frequent bye-elections would be a thing of the past .

If the amendment scales through, the candidate of the party with the next highest votes in the election will replace the occupant that dies or resigns or was recalled.

The Commission also want all pre-election disputes to be concluded before the conduct of the general election so as to allow occupant of offices to concentrate.

The INEC National Commissioner in charge of Information and Voter Education, Festus Okoye, made these proposals known  at the 2020 annual summit of political parties and stakeholders which had the the theme: “Two decades of party politics and democracy in Nigeria: Issues and prospects.”

The summit was organised in Abuja by the Nigerian Institute of Policy and Strategic Studies (NIPSS) and Political Parties Leadership and Policy Training Centre.

“This will engender more respect for the sovereign right of the voters, make elected representatives more responsive and reduce the spate of by-elections in Nigeria thereby saving the taxpayers’ money.”

Previous: Why gov Obaseki should resign immediately- APC
Next: Adeshina to Nigerians: Thank Buhari for “little mercies” you are getting