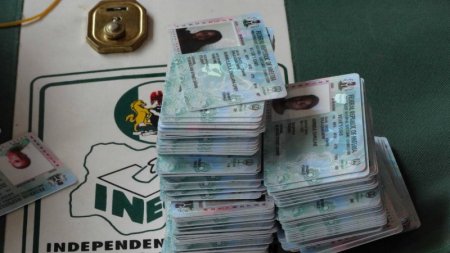 More eligible voters will be able to exercise their civic responsibility in Bayelsa state.

This is because the Independent National Electoral Commission (INEC) had so far registered 104, 805 voters in the on-going Continuous Voters Registration (CVR).

INEC’s Administrative Secretary in the state, Clement Oha disclosed this in Yenagoa.

Oha explained that 68, 825 voters were registered in the first phase, while 35, 980 voters were captured in the second phase of the CVR which ended on October 19.

“INEC has successfully concluded the two phases of the CVR exercise.

“It has been a huge success in spite of challenges caused by weather, especially at the second phase,’’ he said.

The secretary added that INEC also distributed a total of 1, 452 Permanent Voter Cards (PVCs), during the first and second phase of the exercise.

He said that a total of 818 voters were transferred from one polling unit to another, made up of 474 in the first phase and 324 in the second phase.

Oha called on eligible voters who were yet to register to take advantage of the third phase of the exercise beginning on November 9 across the eight local government areas of the state to obtain their voter card.