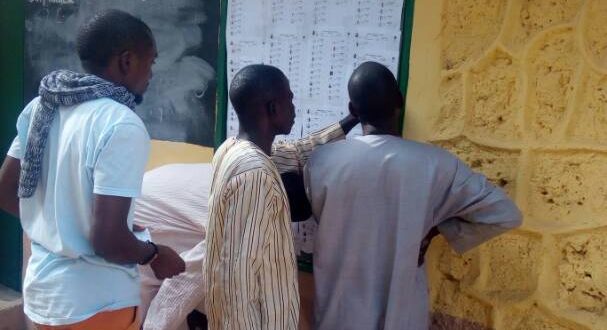 The Independent National Electoral Commission (INEC) has revealed that it is making arrangements with the Nigeria Prisons Service (NPS) to ensure that prisoners are allowed to their franchise  in the 2019 general election.

The Chairman of INEC, Prof. Mahmood Yakubu, made this known in Abuja on Tuesday at a dialogue session with the Nigeria Civil Society Situation Room Dialogue.

The development comes three years after a Federal High Court in Benin, Edo State, ruled that prisoners in Nigeria have the right to vote in all elections conducted in the country.

Speaking further, the INEC boss said the commission was looking at the possibility of creating polling units in Nigerian prisons to allow some categories of inmates to vote.

He, however, said certain categories of prisoners would not be allowed to vote depending on the nature of the crimes they committed.

“We have already engaged the Comptroller-General of Prisons and we have statistics on the number of prisoners nationwide and the number of inmates that are registered. We are looking at the possibility of creating polling units in the prisons and to enable some categories of prisoners to vote.

“Ghana does it but there are some categories of prisoners who by the nature of crimes committed lose the right to vote. Whatever we can do to open up the process to ensure that as much as possible Nigerians are given the opportunity to vote, will be done.”

Previous: Your Administration Is Laden With Scandals, Fayose Attacks Buhari
Next: APC Describes Maina’s Recall As An Embarrassment