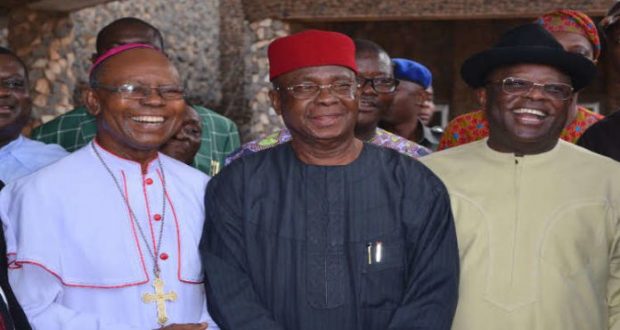 Injustice drove me from PDP to APC – Ex-Ebonyi governor

A former Ebonyi Governor, Martin Elechi, has disclosed that he dumped the Peoples Democratic Party (PDP) for the All Progressives Congress (APC) because of injustice. 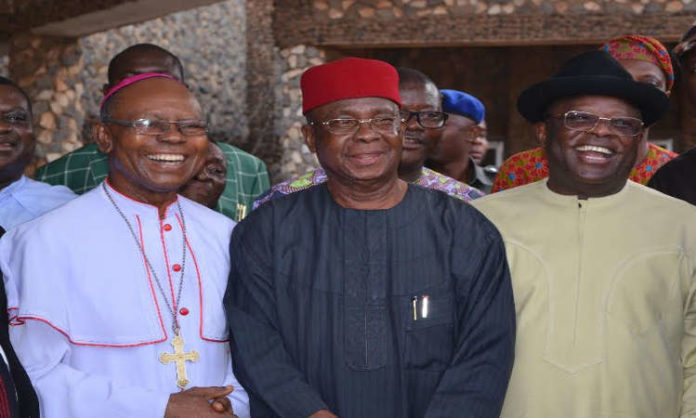 He said: ”The change we all clamour for is finally here with us, we are heralding the dawn of a new era in the Ebonyi body polity.

”The APC has come to salvage the decaying political values caused by the mis-governance of one man who has lost focus of what political leadership and governance entails.

”A man who prefers to embark on unrealisable elephant projects that have no direct bearing on the lives of the people.

”We built an international market with about 8,000 lock-up shops which is still not given out to the market men and women who need these shops and our governor embarked on construction of shopping mall.

”The governor abandoned Oferekpe gigantic water scheme and we hear that he is now embarking on construction of tunnel while our children are out of school due to the inability of parents to pay their school fees and pensioners being owed months of arrears.”

Previous: Anambra Decides: Voters storm polling stations despite threat by IPoB
Next: My criticism of Buhari is to strengthen democracy, i am not his enemy – Fayose