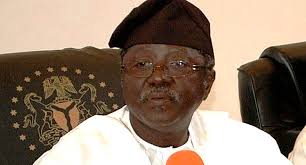 According to him, he is disappointed  over the process that led to the emergence of Governor Ifeanyi Okowa of Delta State as Atiku’s running mate.

According to him, Atiku should not have disregarded the recommendation of the committee he set up on the selection of his running mate.

Speaking in a statement, he lamented that  most members of the committee picked Wike as the Party’s presidential running mate, but Atiku chose Okowa.

“We all are aware of the fact that the Party, in consultation with the presidential candidate, set up a committee to select a running mate. To turn around and throw away the outcome of the exercise is clear proof that the work of the committee was either not appreciated or was not going to be in consideration ab initio.

“The Board of Trustees (BoT) and the NWC are aware of the cracks already rearing their ugly head and must do all within its powers to stop further dissonance arising from the treatment of ranking members of the Party, especially Governor Nyesom Wike. That the Governors of the Party have started distancing themselves from the activities of the Party and other influential members making public statements indicating their displeasure is not a good sign.

“That such people are treated the way the Party is currently doing is a pointer to the fact that more is to come. No one who intends to go against the APC, which has failed in its promises but thrives on propaganda will go with a divided camp. This explains the urgency with which the Party ought to retrace its step in the right direction with the hope of salvaging the already bad situation within the shortest time.

“Whatever the Party or the presidential candidate had agreed with Governor Nyesom Wike should have been followed as a mark of honesty, sincerity and in the spirit of the unity of the Party. Plunging the Party into unnecessary disagreements months away from the general elections is not in the interest of the Party or its teeming supporters who were looking forward to a formidable front to dislodge the APC and the sufferings it has brought on the people.”