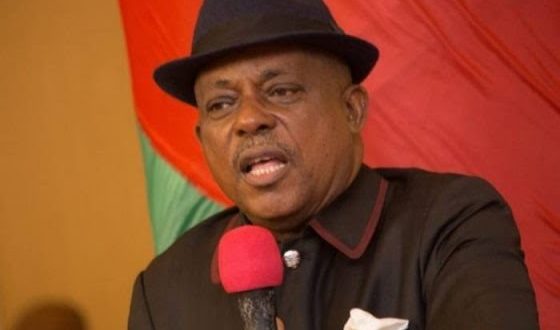 Inscurity: Buhari should resign, he has failed- PDP

The Peoples Democratic Party (PDP) has disclosed that it backed the call for President Muhammadu Buhari to resign.

Enyinnaya Abaribe, senate minority leader and member of the opposition party, had called on the president to resign over the rising insecurity in the country.

Making reference to the president’s recent comment that he is stunned over the resurgence of Boko Haram attacks, Abaribe called for his resignation.

In a statement on Wednesday, Kola Ologbondiyan, PDP spokesman, said by that comment, the president “displayed a disheartening dereliction of duty.”

Ologbondiyan said the president’s reaction has eroded the confidence Nigerians repose on the Buhari administration tackle insecurity, The Cable reports.

“Our party holds that such a statement from a commander-in-chief, who promised to lead from the front, is distressing as it further exposes an abdication of duty and shows that Mr. President is not even abreast of his major task in governance which is the security of lives and property,” he said.

“The PDP is particularly worried over this apparent display of leadership failure as Mr. President ought to be receiving a daily brief from his service chiefs on the actual situation on ground.

“His comment therefore speaks volumes on the manner with which the security of our nation is being handled at the highest levels despite the huge resources reportedly committed to security issues by the Buhari administration.