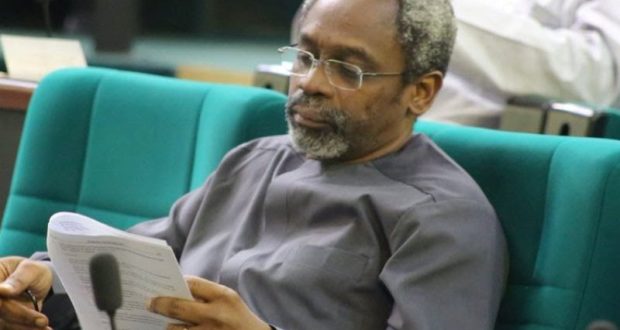 From inception, the Speaker of the House of Representatives, Femi Gbajabiamila made it clear the path the 9th House would follow for the next four years.

The Speaker wasted no time in telling the nation that the business of the 9th House is ‘Nation Building: A Joint Task’, and due to the manner of the emergence of the leadership of the House, the members, including the opposition agreed that it would truly be a joint task.

Gbajabamila’s outstanding performance should not take Nigerians by surprise, because being one of the most experienced lawmakers who have been representing his people since 2003, his passion for a people-oriented legislative intervention is exemplary.

The 9th House is also lucky to have seasoned legislators in its fold as principal officers and as heads of various committees, in addition to an opposition that places nation building above partisan politics.

These and other factors are responsible for the early performance and high ratings of the House, even in its very first year.

The Speaker made a statement of intent with a hint of the pro-people direction the 9th House has chosen to take, when, as early as July last year, he visited some states in the north that have been ravaged by insurgency, banditry and kidnapping to feel the impulse of the displaced people.

Gbajabiamila believed that actual assessment of the situation on the ground would equip the leadership of the House with informed knowledge for a holistic solution to the issue.

The House leadership also took on the nation’s Service Chiefs over the upsurge of insecurity in parts of the country to the admiration of most Nigerians.

Needless to say that within its first six months, the 9th House had surpassed all expectations with the introduction, passage of a record-breaking number of bills and motions. Being of utmost importance, the Speaker convened a National Budget roundtable.

The September 4, 2019 meeting which was the first of its kind, had in attendance Chief Executive Officers (CEOs) of Ministries, Departments and Agencies (MDAs) of government critical to the process of budget preparation.

The result was a record conclusion of the 2020 national budget process that culminated in President Muhammadu Buhari’s assent to the Money Bill on December 17, to return the country to the January-December budget cycle.

The Speaker’s concerns about the infrastructure gap in the country informed the introduction of the Economic Stimulus Bill, 2019 that seeks to ensure that 40 per cent of the total national budget for the next 10 years before it is reviewed is earmarked for capital projects.

The report of the bill is awaiting consideration and adoption, in addition to the Public Procurement Act, No. 14 of 2007 (Amendment) Bill, 2019 that also aims to eliminate cases of abandoned projects due to the refusal of contractors to complete the job as stipulated in the contract.

The interest of the Nigerian labour force was also prioritized by the 9th House with the Employees (Unpaid Wages Prohibition) Bill, 2019, while a Bill seeking to outlaw caretaker committees in the administration of Local Government Areas in the country also passed second reading.

Furthermore, the plight of the physically challenged in the society was not lost on Gbajabiamila, realizing that they have a part to play in nation-building.

His Physically Challenged (Empowerment) Bill, 2019 was equally passed by the House and transmitted to the Senate for concurrence.

Students Loan (Access to Higher Education) Bill, 2019 to allow every Nigerian student to have access to loans from the Nigerian Education Bank was equally passed by the House and transmitted to the Senate for concurrence.

Several pro-people motions were adopted by the House to address issues on all spheres of the nation’s socio-economic and political life, one of which was to end exorbitant acceptance fee in Nigeria’s tertiary institutions.

A motion to that effect was moved for the reason that the acceptance fee is one of the factors contributing to poor access to tertiary education in the country.

The House also dedicated a special session for Nigeria’s out-of-school children, where all factors mitigating against the eradication of the malaise were discussed with solutions proffered.

The next stage of a public hearing that was about to take place was delayed by the outbreak of coronaviruses (Covid-19) pandemic and the consequent sit-at-home order that followed.

With the advent of the novel Covid-19, Gbajabiamila initiated several interventions with critical stakeholders aimed at mitigating anticipated and immediate socio-economic/political consequences of the crisis, as well as prepare the nation for the post-crisis period of the pandemic.

At one of the engagements, the Speaker took up the cause of the frontline workers who were being denied some mandatory dues for the sensitive and risky job they took on being the first contact with carriers of the virus.

As the country was grappling with the shock of the new pandemic, reports emerged of maltreatment of some Nigerians in China.

The way you treat your citizens, we expect that’s how you will treat others. We will not tolerate our citizens breaking your laws, but the crime of one citizen cannot be used to stigmatize the whole country”.

Of the intervention engagements, the Speaker and the House moved to ensure equity and fairness in the various programmes initiated by the executive against Covid-19.

Gbajabiamila’s first Emergency Economic Stimulus Bill, 2020, which has passed third reading and sent to the Senate was aimed at providing temporary relief to companies and individuals to alleviate the adverse financial effects of an economy disrupted by Covid-19.

The House has also pushed hard for a Stimulus Bill that will waive two months electricity bill for Nigerians. According to Gbajabiamila, if passed into law, the affected Nigerians can use the funds for the two months free electricity supply for other things beneficial to the families as the nation went into lockdown.

Having secured the confidence of Nigerians with people-oriented legislation and motions in the last 11 months, would it be justified to buy into the propaganda about the Control of Infectious Disease Bill, 2020, which is currently before the House?

Does the antecedent of the 9th House in any way suggest that it is capable of initiating anti-people Bill? If viewed with an open mind, it would not be difficult to see that the introduction of the bill by Rep. Gbajabiamila, Rep Tanko Sununu and Rep.

Pascal Obi, followed the same pattern of protecting the interest of the larger society, considering the consequences of the present and future pandemic on the socio-economic architecture of the country.

Anofi is the Special Assistant on Print Media to the Speaker, House of Representatives.

Previous: Lagos Speaker and his girlfriend allegedly collect N40.5m through fraudulent budget
Next: No force can hinder me from winning second term, Obaseki boasts