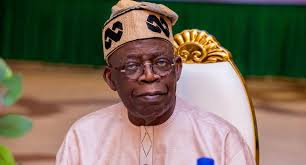 Islamic Cleric to Tinubu: I will mobilize Muslims against you if you choose Christian running mate

An Islamic preacher, Sheikh Ibrahim Aliyu Kaduna has warned the All Progressives Congress (APC) and Bola Tinubu not to pick a northern Christian as a running mate.

The Islamic cleric, warned that with a Christian from the region as Tinubu’s running mate, the ruling party is sure to lose the election.

He threatened to mobilise Muslims to reject the APC candidate during the forthcoming presidential election.

In a viral video, Sheikh Kaduna berated Governors from the north for allegedly trading the destiny of Muslims in the region for a sick candidate’s money.

He said, “Northern governors, especially Muslims amongst you, are treacherous because you’ve sold our destiny; and God will punish you for that.

“You set aside a critical Islamic requirement because the first criterion for choosing a leader in Islam is that the person must be healthy and physically fit.”

“Now your second error will be to pair him [Tinubu] with a Christian from our region. This will be disastrous because we would mobilise the people to reject the ticket at the polling units,” he added.