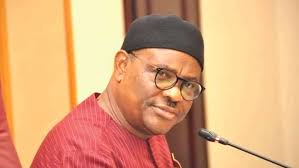 It is compulsory for PDP to appease Wike and Ortom – Omokri

According to Omokri, Wike and Ortom struggled to build the opposition, hence should not be ridiculed.

Omokri known to be a a strong ally of PDP presidential candidate, Atiku Abubakar said the party should appeal and listen to both governors.

In a tweet, Omokri said PDP should appeae Wike and Ortom.

“Stooping to conquer is not weakness. Nobody in the PDP should disparage Wike or Ortom. They should be appealed to and listened to.

“The PDP ought to seek to understand them. And then to accommodate them. When people who labour to build get angry, you embrace them!” Omokri tweeted.

It should be noted that the major opposition party  in crisis since Atiku picked Governor Ifeanyi Okowa as his running mate.

It will be recalled that Ortom had called on Atiku to reach out and appease Wike, who came second during the party’s presidential primary.