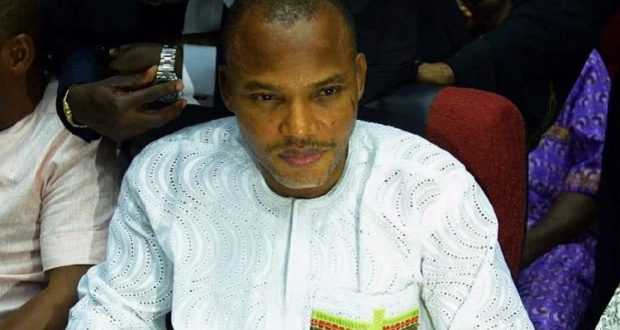 It Is Not My Responsibility To Find Nnamdi Kanu – Gov Ikpeazu

Governor Okezie Ikpeazu of Abia State says it was not his responsibility to produce the leader of the Indigenous People of Biafra (IPOB), Nnamdi Kanu.

He made this known when speaking with State House correspondents after a meeting with Vice President Yemi Osinbajo.

The governor noted that it was the duty of those that were trained to track people, to give information about Kanu’s whereabouts.

Governor Ikpeazu also insisted that the Abia state government does not know his whereabouts.

“Those who are looking for him may have a better knowledge and have the capacity to determine the location of anyone in Nigeria.

“There are people who are trained to track people and it is their responsibility, not mine,” he said.