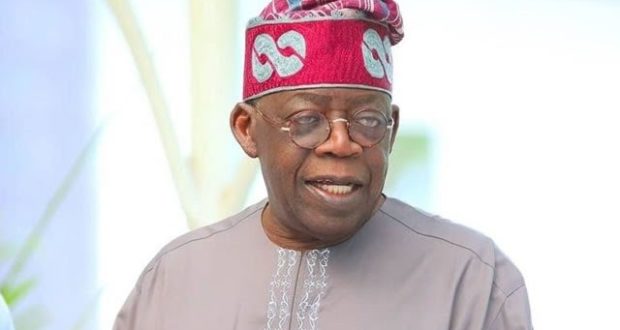 It is premature, unnecessary to start talking about Buhari’s successor- Tinubu

All Progressives Congress (APC) national leader, Asiwaju Bola Ahmed Tinubu, has said that discussions on 2023 elections and the successor to President Muhammadu Buhari are premature and unnecessary.

To him, those making such calls do not love Nigeria.

He also defended the President in respect of the claim that he is hatching a tenure elongation plot.

The Nation reports that Tinubu spoke at the Aso Villa in Abuja yesterday after a meeting with the President.

The former Lagos State governor was on a visit to wish the President well in the New Year and to consult with him on national issues.

“That time is not now. We have just finished one election and Mr. President is busy sorting out the budget, working for the people of this country”, Tinubu said in response to a reporter’s question on who should be President Buhari’s successor and where he should come from.

He added: “Of course, restlessness of politics is going to be there, but any lover of this country will not talk about the succession plan yet. That’s the truth. (We should) concentrate on working for the country; help the President to help the country. There’s nothing more than that.

Read Also: Minister praises Bisi Akande, Tinubu’s effort to reconcile Oyo APC members
“We cannot use 365 days in a year to work on politics, it’s not possible. Anybody talking about that now is just completely restless and not focused on the agenda of nation-building and development of our country.”

Explaining further, he said: “Yes, politics is intoxicating, it’s flamboyant, it’s interesting, but we cannot continue in perpetuity. We have to relax, show concern for the people of the country and see to the efforts of the President that will manifest in the new, united and prosperous country. We are still not there.”

Tinubu dismissed with a wave of the hand the claim that the President is scheming for tenure elongation.

According to him, Buhari “has the courage and the character to refuse such a temptation even if offered to him. I believe in him and I believe Nigerians should also believe in him.”

The President in his New Year message restated that he would be “standing down in 2023” and “will not be available in any future elections.”

Tinubu said Buhari “doesn’t need to say it to me, I’ll argue it in the corner and everywhere they bring such a thing up. However, it’s very good to hear it from him. I say congratulations to a man of character and integrity. The challenge of turning the ship of this nation around is a continuum and a continuous effort and that is what we should get ourselves concerned with.”

According to him, “any reasonable politician, who has worked with President Buhari will know that he will not tamper with the Constitution. Detractors are always suspicious and will make accusations, but I was in the trenches, in the struggle for democracy.

“I was in the trenches and in the opposition with Muhammadu Buhari till the third term agenda of a former leader of this country failed. I know he will never (contemplate a third term).

He also commended the President for using his New Year message to Nigerians to touch on their most critical concerns.

He said issues highlighted in the message like security and economy are works in progress which would continue to require constant work, to make life easier for the common man.

“His New Year message resonated very well; he showed concern about the security and the understanding that the economy is still a challenge, but it’s a work in progress, you’ll have to continue to work on it and make it better for the common man. That’s the meat of the message”, he said.

Previous: Ebonyi Governor never claimed to be APC member- Official
Next: 2023 Presidency: I am not interested in race, my focus is on GJF- Jonathan