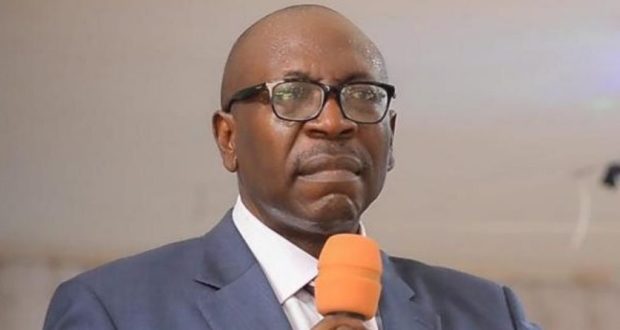 Ize-Iyamu to PDP: Obaseki you once called a failure has suddenly become your messiah

The governorship candidate of the All Progressives Congress (APC) in Edo State, Pastor Osagie Ize-Iyamu has lambasted the Peoples Democratic Party (PDP)

He said they lack tact and strategy; thus resorted to giving excuses and mudslinging.

Ize-Iyamu said it was shameful for PDP leaders to field Godwin Obaseki as its standard-bearer for the September 19 governorship election, despite earlier condemning him as a non-achiever as the Edo governor.

Ize-Iyamu, yesterday in an online statement by the Director of Communication and Media of his campaign organisation, Prince John Mayaki, said it was confusing for PDP leaders to be singing Obaseki’s praise, claiming he was the almighty, the saint and the blameless, after parading him as a failure, who deceived the courts and the Independent National Electoral Commission (INEC) with counterfeit credentials.

He said: “The same PDP dragged Obaseki before a judge, pointing out the inconsistencies in his academic records, seeking judicial order to stop him from assessing the government corridors.

“Today, the PDP says Obaseki has initiated programmes and policies in Edo State, when only a few weeks ago, before their tax collectors were settled, the party branded the embattled Edo governor a complete failure, who reversed the growth and development of Edo State.

“The truth is that the PDP has neither plan nor strategy for winning the election or to lead Edo State. They, therefore, resort to the things that work for failures: excuses and mudslinging.

“Although yet subtle, what PDP is doing is simply the use of an opponents’ negative publicity to show its lack of content, vision, ideas and as a shield for the internal wrangling ongoing in the party.”

The APC governorship candidate said it was a shame that the PDP, which brought out Aliko Dangote from his trademark political non-alignment and characteristic silence, still had the audacity to make national statements that bordered on falsehood and deception.

Fourteen parties are participating in the September 19 election in Edo State, but the real battle will be between Obaseki and Ize-Iyamu, the 2016 governorship candidate of the PDP, who last December defected to the APC and was on May 21 granted waiver to contest by members of the National Working Committee (NWC) of the party.

Previous: Court refuses to protect Okorocha from being probed
Next: Who will call Governor Yahaya Bello to order?