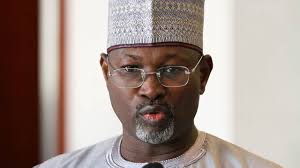 Jega to Nigerians: PDP, APC have failed, don’t vote for them again

Former Chairman of the Independent National Electoral Commission (INEC), Professor Attahiru Jega has said that Nigerians should not vote for the ruling All Progressives Congress (APC) and the Peoples Democratic Party (PDP) in subsequent elections again.

According to the University Don,  two major parties have failed to change the economic situation of the country despite their number of years at the helm of affairs of the country.

He alleged that  corrupt politicians who were supposed to be prosecuted, always found their ways to the ruling party to avoid prosecution.

He said, ”Nigerians should dump the two parties because of their bad antecedents over the last 20 years. Looking at their inability to change the economic fortunes of Nigeria for 20 years now, it is now apparently clear that they would not do anything even if Nigerians vote for any of the two parties again.

“The APC and PDP have formed governments, we were all witnesses. They did not come with a good intention to make amends. If you look at the fight against corruption, all these corrupt people that were supposed to be prosecuted sneaked into the APC.”

Previous: 2023: It is not yet time for a Christian President- MURIC
Next: PDP extremely frustrated over Supreme Court Judgement on Ondo Poll- APC