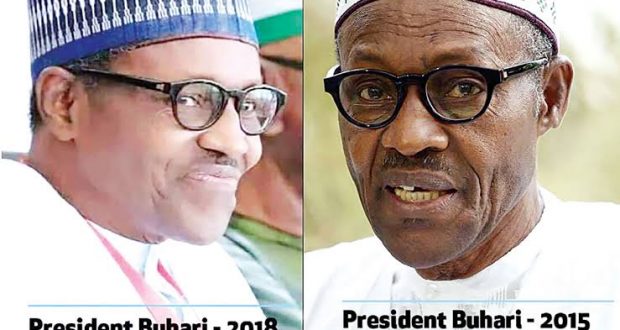 He is making the statement as President Buhari markes his 78th birthday.

It should be noted that the story that President Buhari died in London in 2017, and was cloned has been making the rounds since.

The rumour was so thick on the ground that Bishop David Oyedepo spoke on it on his alter at that period.

The rumour said that the person in State House, is not Muhammadu Buhari but Jubril from Sudan.

Adesina officially reacted to the rumour in an article, saying that the story is ridiculous and false.

.“This is Jubril from Sudan and not Muhammadu Buhari, who had died during the medical vacation in 2017, some people say. You have a clone in Aso Villa, not Buhari. Idiocy, sadly believed by even some intellectuals,” Adesina said.

“Let me tell you a story. On the day the President finally returned to the country in August 2017, after months of absence, the Chief of Defence Staff, Gen Abayomi Olonisakin, was giving out his daughter in marriage.

“I had attended the church service, decked unusually in complete Agbada, with a cap to match. From the wedding, I went straight to the airport to join the reception party.

“We formed a welcome line, as we usually do. And as the President shook each person, he had one wisecrack or the other to say. When he got to me, he took my hand and said: ‘Adesina, this is the best I’ve seen you dressed.’

“We both laughed heartily, and the television cameras captured it. I remember that many people asked me later what had tickled me and the President, that we laughed so uproariously.

Previous: It’s my time, I will contest for Presidency in 2023- Yerimah
Next: Factional APC Chairman in Edo defects to PDP