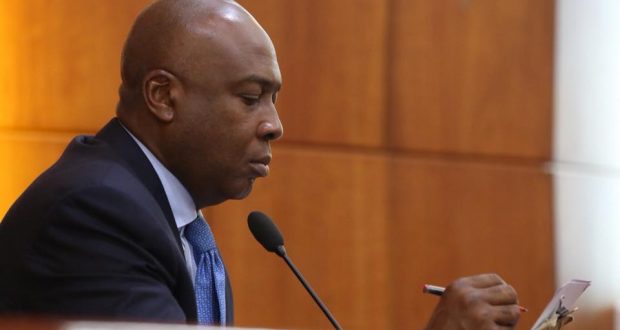 At the court proceedings in Ilorin on Thursday, counsel to Saraki, Babatunde Olomu, had sought to move the suit for contempt proceedings against Sowore but Oyinloye asked him not to do so, on the ground that the matter affected the integrity of his court.

“I do not want to be a judge in what seems to be my own case; the application is hereby directed to be taken to the Registry pronto,” he ruled.

The Judge noted that he had deliberately refused to read the application since it was brought to his office.

The court directed Saraki to go back to the High Court Registry and start a fresh process for the assigning of the case by the Chief Judge of the state.

Oyinloye gave the two parties a new date of November 24, 2017 when they are to appear before him to give a progress report on the proceedings.