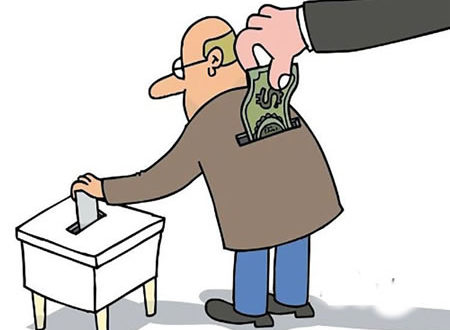 Money politics has been described as cankerworm Nigerians need to discard in order to achieve the aims of developing the nation.

The statement was made by Senator Bisi Oyewo who represented Kwara South Senatorial District between 1991 and 1992.

He gave the advice in llorin on Thursday while speaking with newsmen on June 12 and Nigeria’s democracy.

Oyewo, who was also one time chairman, Senate committee on communication, explained that money politics was the bane and clog in the wheel of progress of the nation as people encouraged it with their behaviour.

According to him, politics should not be taken as an occupation as it is now, but a call to serve the people.

“When you take money before voting, there is every tendency that those you vote for will not concentrate on developmental projects,” he said.

On gender-based violence, the former lawmaker who advocated capital punishment for rapists, condemned indecent dressing in its entirety by some women.

He, however, commended Gov. AbdulRahman AbdulRazaq of Kwara for rewriting the history of the state positively by his monumental achievements in office within the last one year.