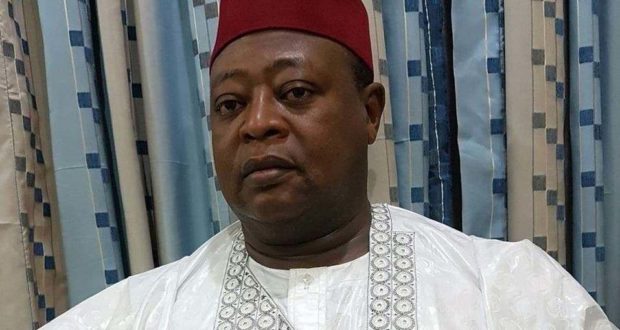 A top member of the past National Working Committee of the All Progressives Congress( APC), Alhaji Inuwa Abdulkadir is dead.

Abdulkadir reportedly died in Sokoto in the early hours of Monday following a brief illness.

The deceased, aged 54, was before his death, the National Vice Chairman Northwest of the APC.

Confirming the death of the APC top notch, a relative Abba Abdulkadir said Inuwa has been battling with brief ailment and died at the early hours of Monday at the Usmanu Danfodiyo University Teaching Hospital, Sokoto.

He however said Inuwa Abdulkadir’s funeral prayer will be held by 2pm today in Sokoto.

Abdulkadir is survived by two wives and nine children

Previous: Gani Adams is a confused traitor that can trade his kids for money- Tinubu’s support group
Next: JUST IN: APC establishes “APC-NEC Integrity Group”