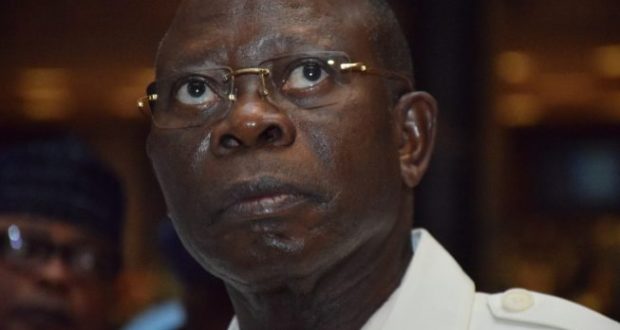 Just few after it adjourned proceedings for the day, the Court of Appeal in Abuja has notified parties that it would hear the appeal challenging the suspension of Adams Oshiomhole as the National Chairman of the All Progressive Congress, APC, by 4 pm today.

The court had earlier on Monday, said it would hear the two separate appeals marked CA/A/187/2020 and CA/A/188/2020, at a date that would be communicated to all the parties.

A three-man panel of Justices of the court led by Justice Stephen Adah, had after they concluded hearing on other appeals on the cause list, told Oshiomhole’s legal team that another panel would return to hear his case.

However, about five minutes after the Justice Adah-led panel retired to their chambers, a clerk of the appellate court came back and informed all the parties that they would be notified of the new hearing date.

Meanwhile, a member of Oshiomhole’s legal team, told Vanguard that the appellate court subsequently made a U-turn and summoned all the parties to return by 4 pm for the appeal to be heard.

Oshiomhole had in his four grounds of appeal, applied for an order to set aside the interim injunction of the High Court of the Federal Capital Territory that suspended him from office on March 4, Vanguard reports.