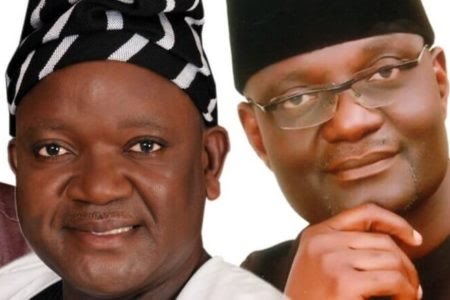 A seven-man panel of the court, led by Justice Olabode Rhodes-Vivour, dismissed the appeal by Emmanuel Jime, who contested as the candidate of the All Progressives Congress (APC).

Justice Sylvester Ngwuta, who read the lead judgment, held that the appellants (Jime and APC) failed to present any cogent reason to move the court to tamper with the concurrent decisions of the two lower courts, which both upheld Ortom’s election.

Another member of the panel, Justice Dattijo Mohammed, is reading the judgment in relation to the governorship dispute in Admawa State, The Nation reports.