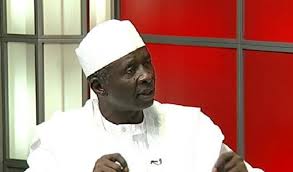 Just in: Immediate past dep gov of Kaduna, Bala Bantex is dead

The immediate past deputy governor of Kaduna State, Arc. Bala Bantex, is dead.

Bantex was deputy governor to Governor Nasir El-Rufai between 2015 and 2019 when he resigned to contest for Kaduna South Senate seat in 2019 on the platform of the All Progressives Congress (APC).

He was defeated by the incumbent, Senator Danjuma La’ah of the Peoples Democratic Party (PDP).

Previous: 2023: Tinubu’s presidency will be a disaster- Cleric
Next: APC breaks silence on Onochie’s membership