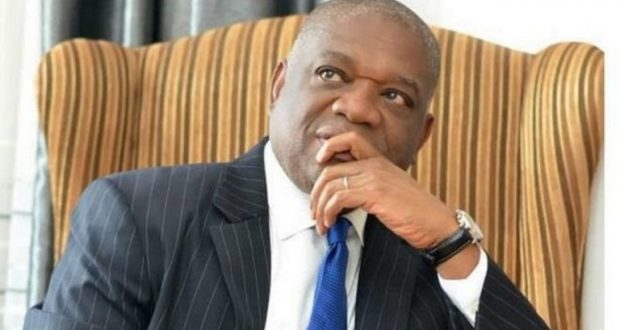 A warrant for the release former Director Finance and Account at the Abia Government House, Ude Udeogu, who was convicted alongside former Governor Orji Uzor Kalu, has been issued.

According to The Cable, the Supreme Court issued the warrant for release of Udeogu from Kuje prison, in the Federal Capital Territory (FCT).

It was learnt he may be released any moment from now by the Correctional Service.

But Kalu’s fate remains uncertain without a warrant of release for him.

Previous: Ex-Abia gov, Orji Kalu yet to be released despite court judgement
Next: Buhari appoints long-term confidant, Ibrahim Gambari as his new Chief of Staff