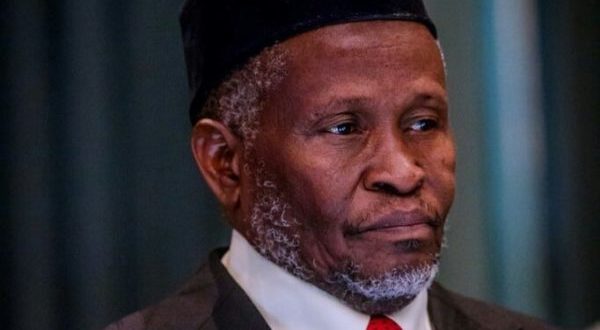 The Senate has begun the screening process for Justice Tanko Mohammad as the substantive Chief Justice of Nigeria (CJN) at a closed-door session.

Yahaya specifically urged the Senate to dissolve into committee of the whole to enable the acting CJN enter the plenary.

President of the Senate, Dr Ahmad Lawan immediately put the motion into a voice vote and announced that the Senate should go to a closed-door session for the screening.

Mohammad arrived the premises of the National Assembly at exactly 10. 10 a.m. before the screening began at 11.13 a.m.

He arrived in the entourage of senior judicial officers in the country, including the President of the National Industrial Court Justice Babatunde Adejumo and others.

President Mohammadu Buhari had sent a letter requesting the screening and confirmation of the acting CJN on July 11.