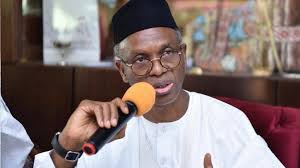 Kaduna LG Poll: We won all seats, but we were rigged out- PDP chieftain

A stalwart of the People’s Democratic Party in Kaduna State, Lawal Adamu has said PDP won all the 23 local government areas of the state, saying that the party was rigged out.

It should be noted that the ruling All Progressive Congress (APC) party won 17 Chairmanship positions in the 19 local government elections held in Kaduna on September 4, 2021.

Reacting, Adamu  said, winning eight out of 12 wards by his party was a pointer to what would play out in 2023.

According to him, the just concluded Local Government elections in Kaduna as two horses race between the state-controlled All Progressives Congress (APC) and the opposition Peoples Democratic Party (PDP)

He noted that the APC controlled party in the state was using the electoral umpire, SIECOM to rig and manipulate the outcome of the election in its favour.

He insisted that only popular parties at the grassroots would have a field day during elections, adding that 2023 would be a watershed in the political history of Nigeria

He said that PDP would witness a massive turnout of voters clamouring for genuine change and a pro masses government at all levels.

He said Nigerians have been subjected to poverty, slavery since the past six years the APC took over the mantle of leadership in Kaduna State and Nigeria in general.

He urged the electorates to vote APC out in the next general election to save present and future generations.

Previous: Delta by-election: CP orders restriction of movements
Next: Igbo Presidency- We will respect the position of APC- Uzodinma