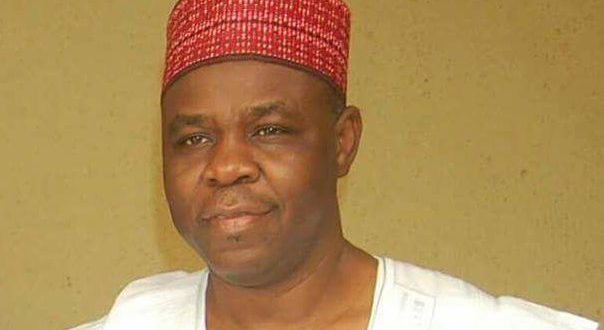 Bichi who spoke to this reporter exclusively on phone said, ” we have been negotiating and discussing with relevant stakeholders of the party and at the end, I have decided to declare my move to APC today (Wednesday).

However, he said he would address the press later in the day to update them on his reasons why he decided to decamp, The Nation reports.

It could be recalled that, Bichi, who was one of the closest and a kitchen cabinet member of Senator Rabiu Kwankwaso and also one-time secretary to the Kano state government, has abandoned his former boss.

It was also gathered that hundred of Kwankwaso members are also warming up to follow Bichi to ruling APC by dumping the PDP.

Information reaching this reporter from a close ally to the party chairman hinted that the move to dump the PDP was long overdue, hence, before the judgement of the Supreme Court, affirming Abdullahi Umar Ganduje, victory as the authentically elected governor of the state.

“The decision of Rabiu Sulaiman Bichi had no link whatsoever to the outcome of the Supreme Court judgement,

“It was purely based on principles and his personal conviction,” a close political associate who craved for anonymity.

“In the affairs of Kwankwasiyya, Rabiu Bichi has been lately rendered irrelevant, ostracised and sidelined from the decision-making of the Kwankwasiyya movement. Despite his commitment to the cause, and perceived as a saboteur.”

With this latest development, it has clearly shown that in the Kwankwasiyya group is divided, since the exit of former deputy governor Hafiz Abubakar; former managing director of NPA, Aminu Dabo, many others before the 2019 general elections, reason, due to the alleged highhandedness of the leader of the movement, senator Rabiu Musa Kwankwaso.

Kwankwaso was accused of singlehandedly picking and forcefully imposing his in-law Abba Kabiru Yusuf as the gubernatorial candidate of party on them without any consultations.

When contacted, the PDP Secretary in Kano, Shehu Sagagi told correspondent, Wednesday morning that the Chairman has indicated interest to decamp from the party in a private forum, but he has not officially informed the party about the move.

Efforts to reach Rabiu Sulaiman Bichi or any of his political associates via telephone for confirmation were not successful as their lines rang severally,but didn’t pick.

However, there are indications that the PDP Chairman will be addressing press today barring any last minute change.