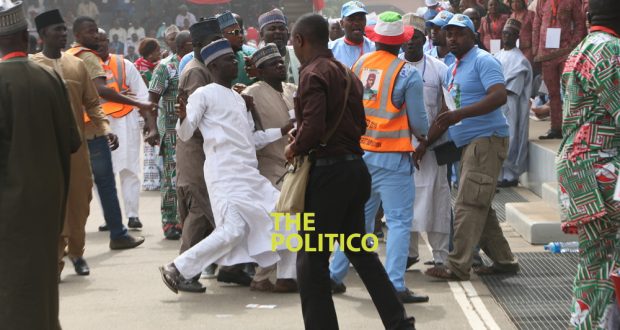 There appears to be some discord among some members of the Peoples Democratic Party from Gombe state.

The fight emanated among factions from the state over a place in the provided space for them before they were separated by the security operatives .

In a related issue, as Ekiti Governor, Ayo Fayose, came into the ground greeting all the delegates, he was booed by members of the party from Ogun state over the disagreement between him and the Senator representing Ogun East Senatorial District, Buruji Kashamu.

Meanwhile, the PDP has suspended the Senator for a month. 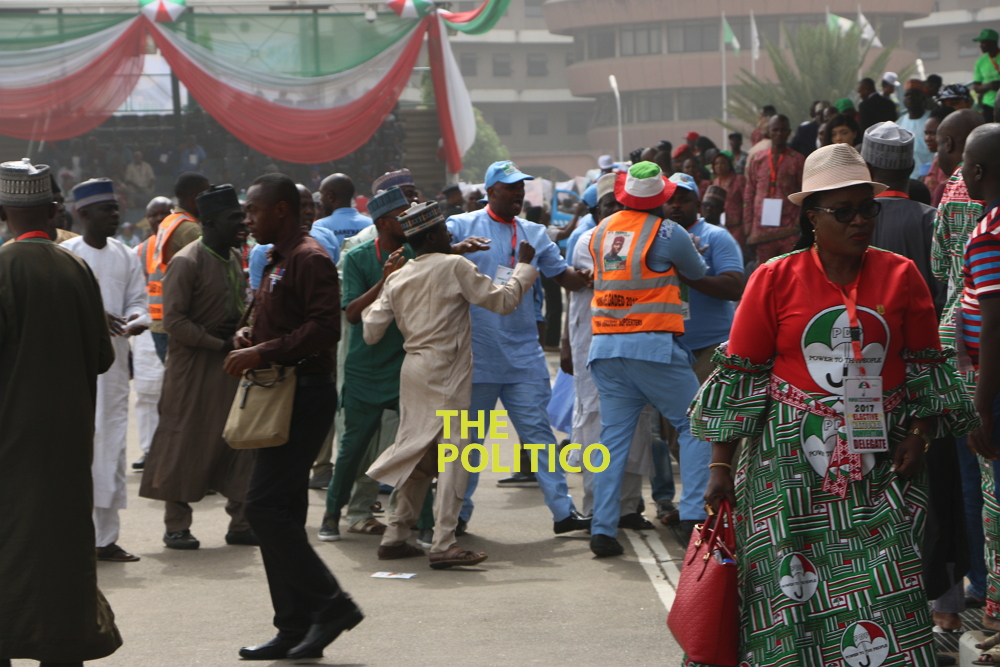