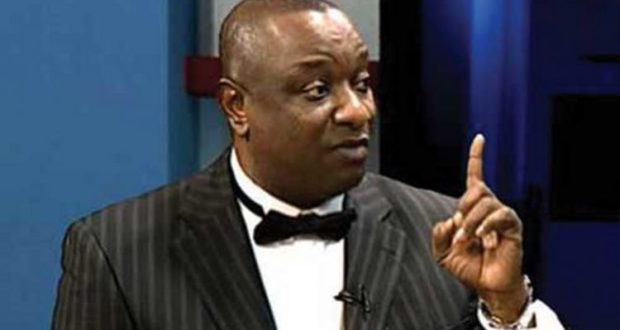 Keyamo: Call for Buhari’s resignation will make us do better

Festus Keyamo, minister of state for labour and employment, says hullabaloo over the call for the resignation of President Muhammadu Buhari is not necessary.

Reacting to a statement in which Buhari expressed shock over the insecurity in the country, Enyinnaya Abaribe, senate minority leader, asked the president to resign, saying his government “can no longer do anything” about the situation.

According to The Cable, Abaribe’s demand sparked off controversy, with some Nigerians joining the call for the resignation of the president.

While Garba Shehu, presidential spokesman, said it is foolish for anyone to ask the president to resign, Femi Adesina, his colleague, said Buhari’s statement was misconstrued.

Adesina said the president is aware of and is in control of the situation in the country.

Lending his voice to the issue, Keyamo wrote on Twitter that it is usual for the opposition to ask the president to resign.

Buhari had also asked ex-President Goodluck Jonathan to resign in 2013 over insecurity.

Keyamo, who was the spokesman of Buhari’s 2019 presidential campaign organisation, also said the call for the president’s resignation is a way of telling him that more needs to be done.

He added that there is no possibility of the president resigning.

“The hullabaloo over the call by the opposition for the resignation of the President is unnecessary. It’s the usual singsong of opposition all over the world,” Keyamo wrote.

“They know it’s not going to happen. It’s just a way of telling govt to do more and we in govt should see it in that light.”