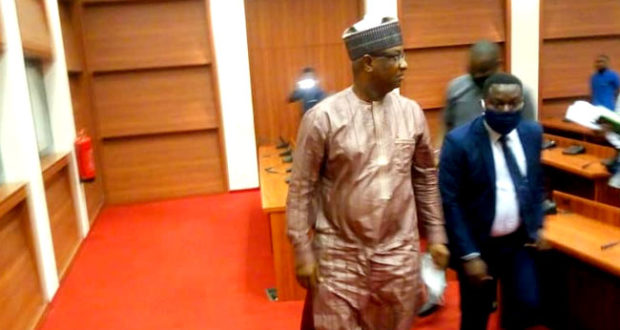 Keyamo vs NASS: We are working to resolve face-off, says Gbajabiamila

Speaker Femi Gbajabiamila says efforts are on top gear to settle the rift between the National Assembly and the Minister for State of Labour and Employment, Festus Keyamo

The face-off was triggered by the recruitment of 774,000 youths embarked upon by the Federal Government.

The intervention of the House leadership is coming just as the lawmakers announced that the programme be put on hold pending proper briefing of the National Assembly by the Minister of Labour and Employment.

Speaking when he made a brief stop over at a public hearing organised by the House Committee on Public Account, the Speaker assured the seeming differences would be resolved amicably within the next 24 hours.

while condemning what transpired between lawmakers and Keyamo, Gbajabiamila said: “I’m only here to observe proceedings and nothing more so just carry on and forget about my presence.

“As you all know, the Committee on Public Accounts is the only Committee recognised by the Constitution of the Federal Republic of Nigeria, so you are all welcome. But again, we have to make sure that what happened yesterday (Monday) in the Senate does not repeat here

“It is unfortunate that the National Assembly is not allowed to operate as it should. However, I want to assure you that the matter will be resolved within the next 24 hours.”