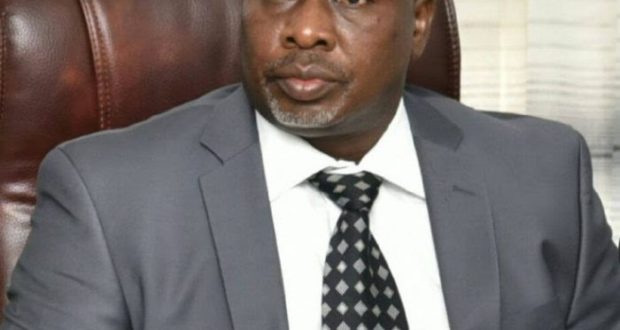 The Chief Judge of Kogi, Justice Nasir Ajanah has constituted a seven-man panel to investigate the allegations levelled against Deputy – Governor Simon Achuba by the state House of Assembly.

Ajanah disclosed this in a statement on Friday in Lokoja.

Mr Bamidele Aina, Depuy Chief Registrar, Special Duties, at the state high Court will serve as Secretary of the panel.

Ajanah said that the panel would be inaugurated on Monday, Sept. 26 at the Conference Hall of the state High Court complex, Lokoja.

The state House had during its plenary on Aug. 20 called on the Chief Judge, to constitute a panel of Inquiry to investigate allegations of gross misconduct against Achuba.

The House made the request following adoption of a motion by Majority Leader, Abdullahi Bello-Balogun (APC-Ajaokuta), calling for investigation into the allegations towards impeachment of the deputy governor.

Thee House request came simultaneously with an interim restrainig order from a state high court, asking the Chief Judge not to act on the request for the constitution of the panel.

The court presided over by a Vacation Judge, Justice Abdul Nicodemus Awulu issued the interim restrainig order on Aug. 20, while ruling on a suit filed before it by the embattled deputy governor.

Achuba also sought to restrain the defendants from taking further steps in investigating the said allegations pending the final determination of the case.

The House, also in a quick reaction to the court’s ruling, applied for an order, vacating and/or discharging the interim order of injunction granted expate by the court.

The House asked that the ruling be set aside because the court lacked the jurisdiction to disallow it from performing its constitutional duties and that the claimant misrepresented fact.

Chief Judge vacated the order before constituting the panel.