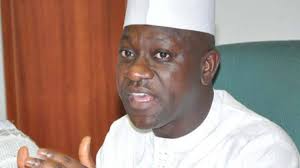 Kwankwaso can never be a running mate to Peter Obi- Jibrin

Former federal lawmaker, Abdulmumin Jibrin, has ruled out speculations that the presidential candidate of the New Nigeria’s Peoples Party, NNPP, Rabiu Kwankwaso will be a running mate to his Labour Party counterpart, Peter Obi.

The ex-presidential campaign manager of Bola Tinubu said this on Sunday during an interview on Channels Television amid speculations that the Kwankwaso is in talks with Obi over a planned merger.

According to him, Kwankwaso, w is one of the most popular politicians in the northern part of the country, saying that he would garner at least 70% of total votes, stressing that Obi can only poll 30%.

He added that Kwankwaso is more experienced than Obi and cannot deputize the Labour Party candidate.

He said, “Very clearly, Kwankwaso will not be a running mate to Peter Obi. By every standard, Kwankwaso should be the presidential candidate due to his numerous experiences”.

“At the end of the day , when you look at contribution in terms of votes, it will be a ratio of about 70 to 30%. We are looking at bringing 70% of votes from the North”.

Previous: I am still searching for my running mate, says Tinubu
Next: Defection: Tinubu has pacified aggrieved Senators – Shettima