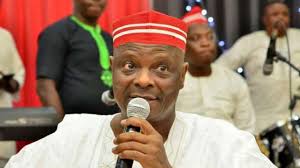 Abdullahi Ganduje, governor of Kano, has said that detection of Rabiu Kwankwaso would not affect the chances of the All Progressives Congress (APC) in the 2023 elections in the state.

Speaking during an interview with  with TVC on Sunday, Ganduje who is an ardent supporter of Bola Tinubu said the constant movement of Kwankwaso between political parties has made him lose many supporters.

Kwankwaso, the two-term governor of Kano on the platform of the Peoples Democratic Party (PDP), had defected to the APC in 2013. He came back to PDP  in 2018 and, in March 2022, he left the party again for the newly formed New Nigeria Peoples Party (NNPP)

Speaking on the developments L, Ganduje maintained that Kwankwaso and NNPP would pose no challenge to APC

“He was in the Peoples Democratic Party (PDP), I was with him, and we moved to the APC. By so doing, we lost some followers in the process. Then he moved back to the PDP, and he lost more followers. And now he has moved to a new party, he has also lost some followers,” the governor said.

“So you see that when people are on nomadism in terms of politicking, they will tend to lose some followers along the line. So we have a formidable chance of winning the election in Kano.”