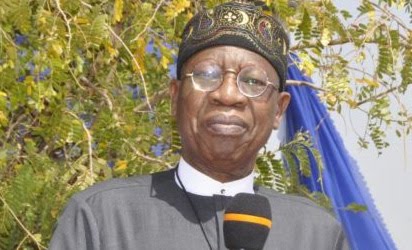 The Minister of Information and Culture,  Lai Mohammed, has assured the teeming supporters of the All Progressives Congress (APC) in Kwara that Alhaji Abdulrahman Abdulrazaq is the authentic governorship candidate of the party in the state.

The minister, who is the leader of APC in Kwara, gave the assurance on Friday in Ilorin after a meeting with the state’s Party Executive Council led by Alhaji Bashir Bolarinwa.

He said contrary to the rumour in certain quarters that Abdulrazaq had been disqualified by a Kwara High court, no part of the court decision nullified his candidacy.

“I read the court judgment and there is no where that talks about our candidate being disqualified.

“Of course, we have appealed the judgment for other reasons.

” As at today, Abdulrahman Abdulrazaq remains the authentic candidate of the party,” he said.

The minister added: “As we speak today, he is in Uyo, Akwa Ibom state with Mr President to launch the Presidential campaign of the party.

“He will be given the flag by the party National Executive as the authentic governorship candidate of APC in Kwara.

“The other faction can go to whatever length they want to go circulating the fake news, that he has been disqualified, they can never succeed.

It would be recalled that a Kwara High Court sitting in Ilorin had in a recent judgment recognised the Executive Council of the Ishola Balogun-Fulani faction of the APC in Kwara.

The faction was dissolved by the National Working Committee of the APC after the Senate President , Bukola Saraki and Kwara Governor, Abdulfatah Ahmed defected from APC to PDP.

Mohammes said the Balogun-Fulani led faction is the mole of the “sinking opposition, PDP,” who had resorted to blackmail, thuggery and violence.

He said because the opposition could not believe and tolerate the wind of change in Kwara, they resorted to destruction of APC campaign posters and billboards.

” Even if they destroy all our bill boards and posters, the message of our party is in the minds of the people.

“Why are they being offended by our campaign slogan, ” O to ge” meaning “Enough is enough” in Kwara?” he said.

The minister said that the people of Kwara are tired of the “Saraki political hegemony” which enslaved and impoverished them for many years.

He noted that what was happening in the state is a revolution against bad governance and imposition by the Saraki-led political leadership of the state.

The minister expressed the confidence that come 2019, the APC would certainly win in Kwara and end the many years of Saraki’s political hegemony.