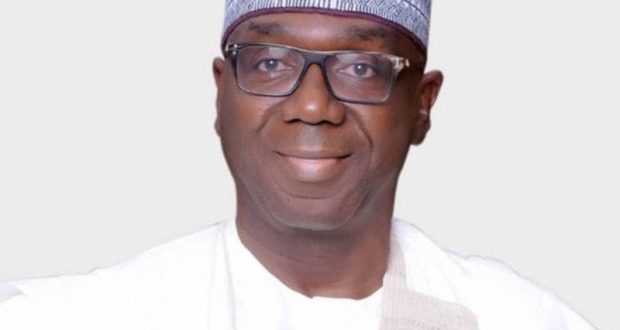 According to the group, the decision is deliberate and without any coercion from the State Government.

The ALGON in a statement jointly signed by its Chairman and the Secretary, Mr Joshua Omokanye and Abdullahi Abubakar-Bata, said the decision was collectively reached after exhaustive deliberation.

The statement, a copy of which was made available to the News Agency of Nigeria on Monday in Ilorin, asserted that it was ALGON’s choice to work in the overall interest of the good people of the state.

The association also acknowledged the way and matured manner Gov. AbdulRahman AbdulRazaq had been handling local government council issues in the state.

“The attention of ALGON has been drawn to a statement made by one pro-democracy group, named Kwara Solidarity & Integrity Forum (KSIF), led by one Mr Kunle Usman, making spurious and bogus claims that Gov. AbdulRazaq is using instrument of state to coerce chairmen and other political office holders of local government areas to join the All Progressives Congress (APC).

“Usman and their cohorts need be told point blank that we are now in ‘the Promised Land’.

“They must recall their memory that our defection except one chairman and other political office holders at the local government level was concluded in 2019 and it is therefore not a new development.

“Earlier this year, we were with the APC members in Patigi in solidarity during the party’s campaign ahead of the House of Assembly by-election, among other outings we have been politically involved.

“We are citing these instances to nail any misgiving about our long-concluded defection,” it said.

The council chairmen, who were under suspension since 2019, said they were never threatened with the Economic and Financial Crime Commission (EFCC) to dump the party on the platform on which they rode on to power in 2017.

“To avoid the general public being misguided or misled by Usman and their co-travellers, there is need to state it categorically that Gov. AbdulRazaq did not force, intimidate, coerce or harass any members of the local government council executives and legislature in the state to defect to his party.

“KSIF, to us, is blindfolded, and therefore acting on false reports of how the governor is calling on all local government vice chairmen especially from Kwara south and central regions, telling them to officially decamp to APC.

“This is a deliberate and unholy attempt to distract the governor who has been delivering on his mandate.

“The retrogressive group is at the same time, hellbent on misleading the public from supporting the governor.

“Gov. AbdulRazaq is not known for anything like what Usman called abuse of office, executive rascality, arbitrary use of state instruments of power or impunity; it must be said that alignment and realignment of forces have been characteristics of politics for time immemorial.

“We are at liberty to make our choice and we have done so. We have since quit PDP months ago and the leadership has since dissociated with us.

“So, the issue of being threatened with salary seizures and arrest by EFCC officials didn’t manifest anywhere.

“It would be recalled that suspended council chairmen were reinstated in Ekiti under APC-led administration. No anti-masses group should make mountain out of molehill in Kwara,” they said.

The group described the governor as a peace-loving man struggling to build the decrepit state and whose unprecedented achievements across all sectors of the state were enough to convince anybody progressive to join the party.

Previous: Obaseki to Ize-Iyamu: I am not afraid of you, I defeated you in 2016
Next: Edo Poll: Gov Fintiri-led committee promises fairness in PDP Primary Election