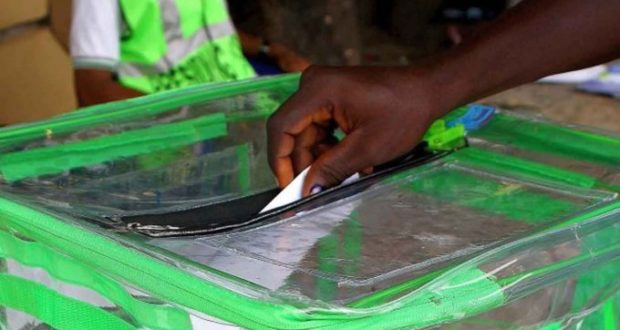 The Kwara House of Assembly bye-election on Saturday witnessed a considerable turn out of voters in some polling units.

However, it was gathered many other electorate defied the restriction of movement order to carry out their normal businesses.

The Independent National Electoral Commission (INEC) has fixed March 14 for the election to fill the vacancy in the seat of Patigi constituency at the state House of Assembly.

The vacancy occurred following the death of the erstwhile occupant of the seat, Saidu Ahmed Rufai, in December 2019.

Many residents were seen engaging in commercial activities as major markets in the area opened for business.

Security agents, however, mounted road blocks at some strategic places in the area to check vehicular movement.

The election, notwithstanding experienced reasonable turn out of electorate particularly in the polling units of political stalwarts.

Such units were Gada Shaba 03 polling in Lade Ward I, where the candidates of the All Progressives Congress (APC) and the People’s Democratic Party exercised their franchise, and the Dispensary Centre 01 in Patigi Ward III, where the Commissioner for Local Government and Chieftaincy Affairs, Mrs Aisha Ahman-Patigi, voted.

A voter at the Patigi Central polling unit, Mr Ibrahim Adamu, told newsmen that the experience was due to the fact that people left polling stations immediately after their votes since accreditation and voting went on simultaneously.

Adamu stated that the election has been very peaceful and orderly.

He commended INEC and the people for their peaceful conduct.

Officials of the Economic and Financial Crimes Commission (EFCC) also joined in monitoring of the poll.

An operative of the commission, who preferred anonymity told newsmen that their mission was to check vote buying and other forms of financial inducement.

He, however, noted that the exercise had been very orderly without any infractions on the rules and regulations guiding electoral processes