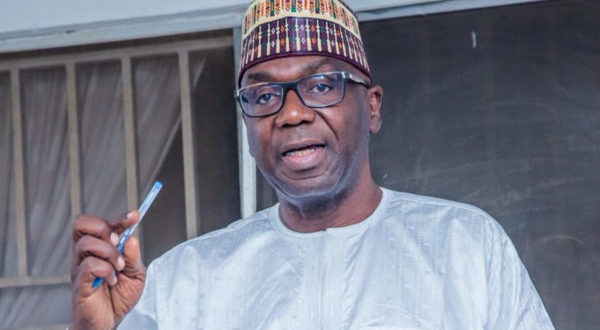 Some Peoples Democratic Party (PDP) leaders in Kwara State have pledged their loyalty and support to Governor AbdulRahman AbdulRazaq.

They said the governor’s leadership style, humility and attachment to the poor are a breath of fresh air.

The PDP leaders, who included some suspended council chairmen, women and youth leaders, spoke late on Tuesday when they visited Governor AbdulRazaq at the Government House in Ilorin, The Nation reports.

“We can see a difference and people can feel that they have a government. The situation has changed in the area of road construction, water, health. You have also brought unmatched humility to governance,” a top PDP chieftain from Ifelodun Local Government, Obalola Suleiman, said at the meeting.

PDP in Kwara State has said its members have not defected to the ruling All Progressives Congress (APC). Spokesman for the party Tunde Ashaolu said members who paid solidarity visit to Governor AbdulRazaq were on their own.

Said he: “Those people had been meeting with the APC in the state from time. They may say they want to defect; it’s not a big deal to us. And it doesn’t mean that we’ve disowned them. They’ve made personal and voluntary choice. It’s their personal decision. For us, it’s nothing to worry about. It only shows that they have been having underhand dealings with the ruling party before now. For us, the party is not shaken and remains indissoluble.”