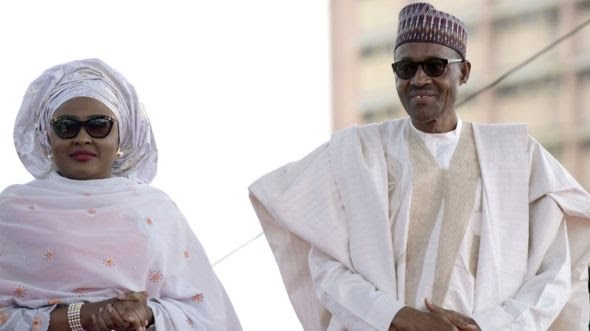 Kyari’s Replacement: Commotion in Aso Rock as Aisha Buhari, Mamman Daura try to outwit each other

This is a trying time for the Mohammadu Buhari administration following the sudden passing away of the powerful Chief of Staff to President Buhari, Malam Abba Kyari.

The disagreement inside the kitchen cabinet of the President had not been the same since the unfortunate news broke out, ekohotblog reports.

The President, according to information made available to newsmen, was hit hard by the news. “He was optimistic up till the very end,” said our source. Now the full weight of reality has come down on the shoulders of the president in a manner he is not accustomed to. Abba Kyari had played a role in the Buhari administration that defined the administration’s perception by the public and by the manner it executes its duties.

Abba Kyari, through the urging of President, turned the office of the chief of staff as the most powerful office in Nigeria. For this reason, seeking a replacement for Kyari has become a do or die affair for the members of the kitchen cabinet, particularly Maman Daura – the supposed leader of the Buhari kitchen cabinet. Also, the wife to the President, Aisha Buhari has thrown her weight into the race for the new chief of staff. As reported, Maman Daura has indicated an interest in old political guru Babagana Kingibe as his prime choice. While Aisha Buhari prefers Buba Marwa.

Kingibe, according to reports, had already begun running the office chief of staff while Kyari was away for medical treatment. “Kingibe was there openly running the government before Kyari’s death,” said some sources who also noted that the first lady was not particularly happy with the decision to let Kinigibe into the office to handle affairs in the absence of Kyari. She saw Kyari’s absence as the opportunity and the opening she had been longing for since her husband’s arrival to the Presidential villa in 2015. “Madam is determined. Don’t underrate her”.

The members of the President Executive Council [FEC] are believed to be privately working to advance the First Lady’s interest to arm-twist the President into reducing the influence of Maman. Our source points to significant numbers from the National Assembly who are with ‘Madam”. They do not want another Abba Kyari styled chief of staff again. Rather they prefer a more seasoned and independent politician at the seat. They have no particular affinity to Marwa. They just do not want Maman Daura to make the choice. “Madam has secrets”. She knows where some of the bodies are buried. She has told some are close aides Kingibe intends to contest for president in 2023 after Buhari’s administration. She also believes Kingibe will “certainly betray Buhari”. He is said to be “a very selfish and ambitious politician”. Kingibe was the one responsible for the plot for the removal of the former Secretary to the Government of the Federation [SGF], Ahmed Yayale during the late President Ya’Adua administration.

The Buhari Organization [TBO], Buhari Support Group [BSG] and other like groups have indicated their strong feelings over the choice of Kingibe. Maman Daura, on his end, is not moved. He is still firm on his resolve to hoist Kingibe to the seat. In fact, Kingibe continues to act as the chief of staff, presently. Daura is confident, the President will follow as instructed.

Meanwhile other personalities are lineup for the position. Some of the mentioned names are ; Mohammed Sarki Abba who currently serves as the S. A. Domestic – he is the preferred choice of the Buhari organization, [TBO]. Adamu – minister of education – he has no sponsor but he is considered the most independent-minded. Hamid Ali – the Customs boss – preferred choice of Buhari Support Group [BSG]. He is regarded as too stiff and pretentious. Ibikunle Amosun – former governor of Ogun State. He is a personal friend of the President. He is considered too arrogant and power-hungry