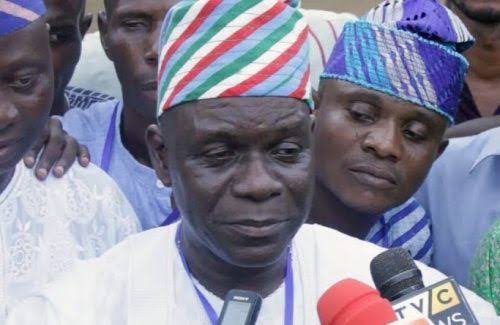 The decision was taken by party elders under the aegis of the Governor’s Advisory Council (GAC) on Tuesday after a meeting.

The GAC is made up of senior leaders of the party including all former governors and deputy governors.

The council ensures stability of the party and moderates its affairs.

Some of the groups within the APC are Justice Forum, The Mandate Group and the Ideal.

The GAC said: “All factions like JF and MG are inimical to unity and are hereby permanently disbanded and prohibited within the party.

“Party members should no longer make use of these factions or their names with regard to future party business and activities. To continue to hold meetings in the names of these groups or to continue to promote such associations will amount to a violation of this resolution.

“Any violation of this decision is subject to party discipline, including suspension and expulsion. The party remains supreme.”

The leaders added: “If we allow factionalism, we not only weaken the party, soon, those who should see each other as brothers and sisters in the same party will view each other with increasing enmity as rivals, instead of members of the same political family.”

According to the elders, preoccupation with factional in-fighting will give little room for collective party work and progressive governance.

The GAC said permanent factional groupings have often breached the spirit, letter and history of the party, adding that they only “serve merely as vehicles to foster and advance ambitions at the expense of party cohesion”.

Justifying the resolution on the ban, the GAC recalled that attempts were made in the past by the Tinubu administration to unify and reconcile Justice Forum and Mandate by appointing their members into the Executive Council.

The apex leadership body traced the genesis of the Justice Forum to the period of the pro-democracy struggle to free Nigeria from military rule. It also recalled that Mandate became a group that championed Tinubu’s governorship ambition.

It said while there is a tendency to form sub-groups in a party, such groups should not be allowed to become permanent identifications that could rival the primary identification as a party member.

Tension has often been reported during party nominations among the caucuses.

All the groups claim to be loyal to Asiwaju Tinubu.

The resolution on the ban was passed to the Lagos State APC Executive Committee, led by Alhaji Tunde Balogun, for implementation.

The GAC also mandated Balogun to promulgate detailed regulations with regard to prohibited and permissible activities for sub-groupings.

The party chairman said the 27-member GAC took the decision in the interest of the party.

Balogun, a GAC member, said the dissolution was meant to strengthen party unity and harmony.

He added:”It is true. All groups have been dissolved. The decision was taken this afternoon (Tuesdsy). You are a member of the APC and nothing more. No more groups within the party. We are all one under the APC.”

A source said the party elders are concerned about the likely polarisation of the chapter by the divise interests of the rival caucuses and the need to enhance harmony.

Some of the elders and their followers belong to the two main groups-Mandate and Justice Forum.