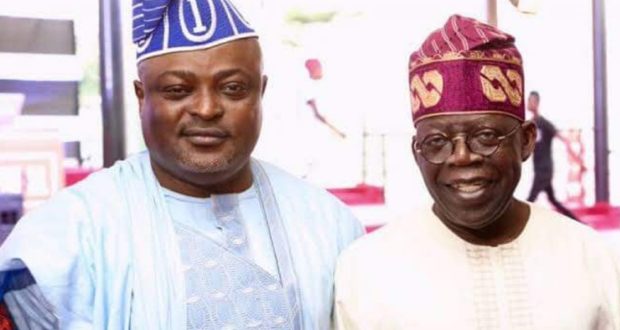 A former governor of Lagos State,  Bola Tinubu, has thrown his weight behind Speaker of the state’s House of Assembly, Mudashiru Obasa, in the ongoing crisis in the parliament.

Tinubu is also the Chairman of Lagos Governor’s Advisory Committee.

It was gathered that Governor’s Advisory Council was convened to intervene in the crisis after the Assembly sacked two principal officers and suspended two other lawmakers indefinitely, SaharaReporters reports.

The Speaker was also battling to save his seat after revelation of several financial misconducts perpetuated by him.

Following some of the shady alleged dealings of the Speaker and his surrogate companies, the panic button was pressed by Obasa.

He was reported to have urgently mobilised some members of the GAC to convene the meeting and intervene to save his seat.

At the GAC meeting that was to end the crisis of the Assembly, Tinubu and others expressed full support for Obasa.

Sources privy to the meeting said that Tinubu expressed anger at how activities of the Assembly got leaked.

The sources added that Tinubu not only refused to listen to defence of the suspended members but also gave the Speaker the “authority and go-ahead to direct the affairs of the House as he wishes”.

Tinubu was said to have been furious at SaharaReporters stories revealing how Obasa awarded contracts to himself through his companies.

“The reports were mainly the cause of the anger of Tinubu against the suspended members of the Assembly.

“He accused them of betraying the ‘family’ and his dynasty,” the source revealed.

While speaking, Obasa accused some of his colleagues of feeding confidential information to some members of the civil society and SaharaReporters.

With Tinubu’s latest backing, Obasa is said to have vowed to go after all perceived enemies within and outside the Assembly.

It was gathered that the Speaker might move against some lawmakers by either suspending or removing them from juicy committees.

Meanwhile, several members of the party and ranking former members of the Assembly have accused the All Progressives Congress leaders of getting ‘returns’ from the Speaker.

Some compromised members of the council allegedly played a significant role in putting the meeting at the mercy and support of Obasa.

There was a  report highlighting a list of companies the Speaker had been using to award contracts to himself and launder public funds.

To avoid the companies from being directly linked to him, Obasa allegedly  registered his father, wife and children as shareholders in the organisation.