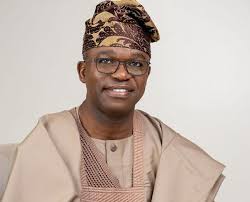 The All Progressives Congress (APC) candidate in the Lagos East senatorial bye-election slated for December 5 Tokunbo Abiru, has dragged the Media Director of PDP Adetokunbo Pearese to court.

Abiru through his counselMr Kemi Pinheiro SANtold the Ikeja High Court in Lagos, that the PDP spokesman masterminded a false report on social media and an online news media to deliberately dent his image.

It will be recalled that the report Abiru was referring to was  titled: ‘Why Adetokunbo Mukail Abiru must be disqualified from 31st October 2020 Lagos East senatorial race.’

In the report, Pearson, described Abiru as a rogue banker under whose watch Skye Bank collapsed.

In the report, Pearese allegedly said“: Today, Polaris Bank customers and shareholders are accusing him of fraud. His customers at the bank have convicted him of financial misconduct in the court of public opinio.”

In his response, written in the suit, Abiru said Pearson “published, authorised the publication and/or caused to be published the words complained of knowing they were false, or recklessly as to their truth or falsity.”

Abiru in the suit, urges the court issue an an order directing Pearson to retract the said libellous publication which contains defamatory words.

“An order directing the Defendant to tender an unreserved apology in the form and manner to be prescribed by the solicitors to the claimant and publish same in one full page insertion in three national dailies to wit: ThisDay, The Guardian and Punch Newspaper within 72 hours of the judgment of this Honourable Court, and all social media platforms including, YouTube, Twitter, Instagram and Facebook.”

No date has been fixed for hearing of the suit.

Previous: By-election: INEC calls for cooperation of stakeholders
Next: “Nobody can stop me from visiting Osun,”- Aregbesola replies PDP