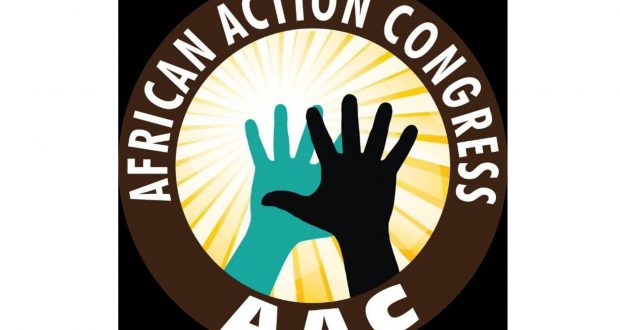 Ms Mercy Adeoye, candidate of the African Action Congress (AAC) in the Lagos East senatorial by-election, has called on women to corporate and give support to one another when seeking elective positions.

Adeoye, a gospel artiste popularly known as AMA, made the appeal while speaking with newsmen in Lagos.

She said that women needed to wake up from slumber and learn to rally round one another.

According to her, if supported and given the mandate, there will be massive empowerment for women to reduce their sufferings and provision of a lot of opportunities for them to create a better society for all.

“It is high time women wake from their slumber, believe in themselves and support their own. Women can do it better.

“Let them vote for Adeoye Mercy of AAC, and we will do it together to enhance our collective happiness,” she said.

Adeoye urged women to support her ambition in order to secure a better tomorrow for themselves and their children.

On her chances in the election, Adeoye said that the feedback from campaigns was encouraging, hence, her determination and zeal to represent the district in the senate.

“I have a bright chance in the election. I believe in my mandate and the experience from recent campaigns shows the people want change.

“As people listen to us during campaigns, they know it’s high time we put Lagos East on the path of progress. It is high time electorate in Lagos East woke from their slumber.

“I believe my chance is bright with what we are seeing in our campaigns, I believe I will surely win, ” she said.

If elected, Adeoye said she would conscientiously focus on provision of affordable and quality education for school children as panacea to many challenges facing the society.

“I am going to sponsor bills that will improve education standards, because quality education is the answer to most of the challenges facing the nation.

“I am going to sponsor bills that will improve the infrastructure development in my district because the road network in Lagos East is bad, especially in Epe, Ikorodu and Ibeju-Lekki.

“If I am elected, I will work on policies that will improve life in Lagos East,” she said.

The Independent National Electoral Commission (INEC) has postponed the by-election earlier scheduled for Oct.31, beacuse of the #EndSARS violence in the state