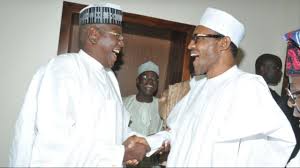 Lamido to Buhari: Ask God to forgive you, your govt has totally failed Nigerians

A former governor of Jigawa State, Sule Lamido, has knocked  President Muhammadu Buhari on the way he is handling issues in Nigeria, asking him to ask God for forgiveness for failing Nigerians.

Lamenting on while being interviewed by BBC Hausa service, he said that the killings of farmers by Boko Haram shows that something is wrongs somewhere.

He also added that there is need for President Mohammadu Buhari to resign.

“There is no way a government can go successfully without sabotage but you need to be strong enough to overcome such challenges. If really he cannot withstand this, he has to resign, but we can’t be accepting sabotage as a reason.

“He is arrogant and always speaking with pride. Many people have said it and we have seen it. Four years ago, if you had said something like this, you would have been abused but now the truth has come,” Lamido said