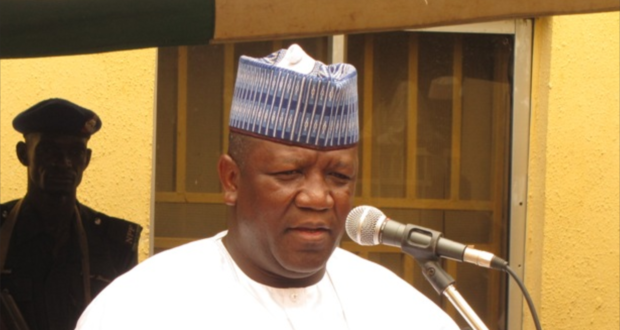 Former Gov. Abdul’aziz Yari of Zamfara state has advised members of the All Progressives Congress (APC) to remain united and shun any act of discrimination and differences among party members.

He spoke in Talata-Marafa, Zamfara, when some members of the Peoples Democratic Party (PDP) from Maradun Local Government of the state defected to APC.

Receiving the defecting party members during the state APC stakeholders’ meeting, Yari thanked them for joining the party, describing their actions as ”an encouragement for the struggle to keep the APC alive in the state.

”Although APC is the strongest political party in the state, we consider this development as additional strength to our great party.

”We must work together for the development of the party in the state”.

Earlier, the leader of the defecting party members, Alhaji Bala Muhammad, said that they defected to APC with Alhaji Aminu Jaji who was their mentor and a former APC governorship aspirant in the state.

The state chairman of APC, Alhaji Lawal Liman, recalled the recent reconciliation move with some aggrieved members and the defection of the former PDP governorship aspirant, Alhaji Ibrahim Shehu-Bakauye to the party, as a good development.

Previous: Faceless political foes trying to pull me down, says Omo-Agege
Next: INEC office in Anambra gutted by fire