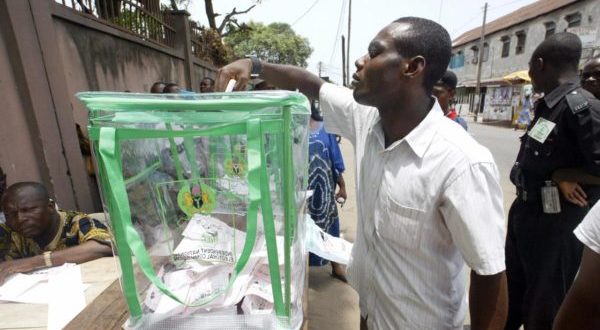 Speaking during an interview on a television programme, Igini described those elections as organised crimes.

He also spoke about the deployment of  INEC results on portal, saying that the press in Nigeria will start projecting election like some advanced countries..

He also said that the outcome of elections would be determined by the caliber of people in the political field.

“Local government elections are nothing but organised crime. They should not be calling them elections at all. They are nothing but coronation ceremony that we have across Nigeria and Nigerians are not doing anything about it; that you have lost your LG, that there is no democracy taking place there – because what constitutes free, fair and credible elections with respect to INEC-conducted election is different from the local government.”

Speaking on how INEC has performed, he said: “I can confirm that INEC has made tremendous progress. The INEC of today is no longer the INEC of before because, since 2011, the kind of elections that we have conducted had a remarkable departure from where we used to be even though we are not where we are supposed to be,” he said.

“The INEC public viewing portal is a new innovation to deal with the recurring issues of vote changes and that was why it was introduced at the level of collation to ensure that at the polling unit once result is declared it should be sent to the viewing portal so that Nigerans can see it.

“The way we are going.. I am very sure not too far from now, it is INEC that will have to declare results, we will publicise result… that is, where we could do what the CNN do in America by making progressions. That is where we are going.”

He also said the political elite are the greatest threat to Nigeria’s democracy as politics is now “the biggest business in Nigeria”.

“The problem we are having is that the political elite are the greatest threat to our democracy; they are in disarray. They are the ones attacking both the hardware and software of INEC in order to bring about credible election,” he said.

“They deploy violence to win elections. Politics is now the biggest business in Nigeria, everybody wants to go into politics because the incentives are so high and the political parties have failed to mobilise people around issues that matter and the fact that what you take home as a politician is so high and people are now desperate, meanwhile, it is supposed to be about service .

“We have to do something about it.”