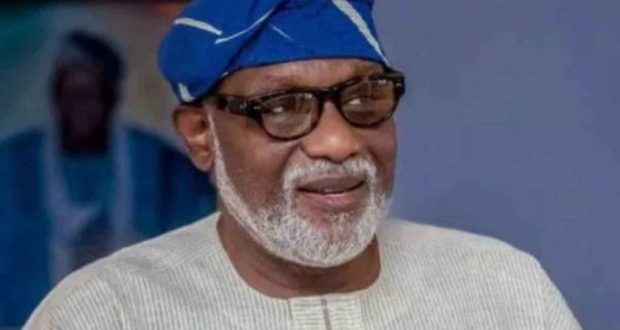 Mr Gbenga Fasua, the Social Democratic Party (SDP) Chairmanship Candidate in Akure South Local Government in the upcoming local government elections, has alleged that he was attacked by gunmen during the weekend.

Fasua, in a chat with journalists in Akure, Ondo Sate said that the attackers destroyed some of his property including campaign vehicles, doors, windows and television set in his house.

Fasua alleged that the incident happened around 11:45 p.m. after he featured in a political programme titled “Oselu” on Ondo State Radio Corporation (OSRC).

He said that armed men, numbering about five, scaled the fence into his house located behind Golden Filling Station in Irese, Akure.

Fasua said immediately the attackers entered the compound, they “shot sporadically” and asked his wife about his whereabout.

According to him, the gunmen seized his ATM cards, mobile phones, car keys and ransacked the compound looking for him.

The SDP candidate said that the gunmen left at about 1:12 a.m. with one of his vehicles which was later abandoned at Ijare, a nearby community.

“When they saw my wife, they asked after me and she said I was not at home, but they told her they saw me from outside before gaining entrance, but at that time I was already hiding somewhere in the house.

“After 35 minutes of a serious searching for me, they requested for all ATM cards and destroyed many of my properties.

“They left with the salon Benz car around 1:12 a.m. which was abandoned at Ijare, a nearby community.

“I came out from where I was hiding at about 1.35 a.m., went to Ijapo Police Station and reported the matter.

“The patrol team came to my home at about 2:00 a.m., saw the broken burglary doors and expended bullet pellets.

“When l heard that the vehicle was abandoned at Ijare, l went back to Ijapo Police Station and reported the development to the DPO.

“The DPO called the Commissioner of Police, Mr Undie Adie, who directed him to provide two officers and special patrol around my house,” he said.

Fasua, who attributed the attack to his political ambition, appealed to security agencies to ensure adequate protection for all candidates in the forthcoming local government elections in the state.

Confirming the incident, the Ondo State Police Public Relations Officer, ASP Tee-Leo Ikoro, told newsmen that investigation was ongoing to apprehend those involved in the crime.

“Investigation is ongoing and certainly the command shall round up those involved in the crime,” Ikoro said.

Previous: Bishop Oyedepo to Buhari: Your govt is the worst in Nigeria’s history
Next: Anti-Social Media Bill: Buhari desperate to foist full dictatorship on Nigerians- PDP