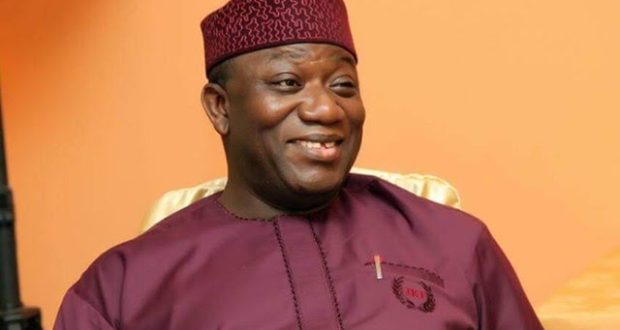 The Ekiti State Independent Electoral Commission (EKSIEC) on Sunday declared the candidates of the All Progressives Congress (APC) winners of all the 16 Chairmanship seats in the local government election conducted on Saturday .

Results of the 177 Councillorship seats were, however, still being awaited as at the time of filing this report.

Chairman of the commission ,Justice Jide Aladejana, had declared the results in Ado Ekiti.

Aladejana said contrary to reports, no death was recorded at any polling booth on Saturday.

” Nobody was killed at Ward 7 Unit 006 in Ikere on Saturday . Nobody was shot, though we heard that someone came violently and made away with unused ballot papers

” Even in the whole unit, there were just 280 registered voters and this does not in any way vitiate the outcome,” he said.

Describing the election as peaceful , Aladejana commended the security agencies in the state for ensuring that no one was intimidated during the poll.

A total of 14 political parties participated in the election , including the APC and the opposition Peoples Democratic Party(PDP).

Meanwhile, the PDP in the state has rejected the outcome of the poll as announced by EKSIEC, describing it as concorted and unacceptable.

Reacting to the results on Sunday, the Chairman of PDP in the state, Chief Gboyega Oguntuase, said PDP might head for the court.

” From what we heard all over the state, the election was riddled with violence in most places, especially in Ikere Ekiti where one person was reportedky killed and about four others sustained injuries,” he said.