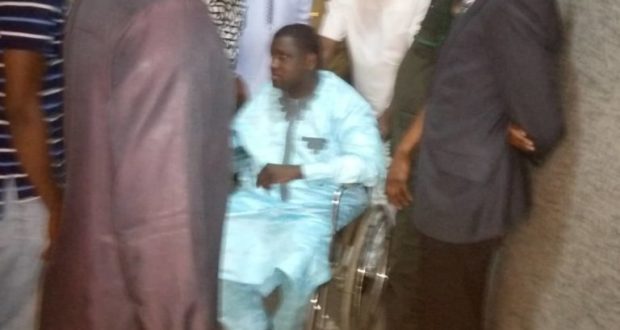 Deputy Comptroller General (DCG), Health and Social Welfare, Nigerian Correctional Service, H.B. Kori, has appealed to the Federal High Court, Abuja, to give him a week, to respond to the court order on the true health status of Abdulrasheed Maine, former Pension Reform boss.

Counsel to the Economic and Financial Crimes Commission (EFCC), Mohammed Abubakar, made this known to Justice Okon Abang at the continuation of trial of former chairman of the defunct Pension Reform Task Team (PRTT), Maina.

Justice Abang, therefore, adjourned till Nov. 21 and Nov. 22 for continuation of trial.

Justice Abang had, on Tuesday, adjourned till Nov. 7 for continuation of trial.

Maina is being charged with 12 counts bordering on “money laundering, operating fictitious bank accounts and fraud”, was stalled on Tuesday, due to his ill-health.

Maina was wheeled into the court by Correctional Service officers