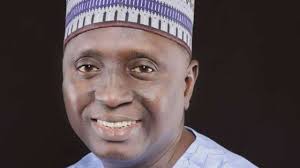 The Senator,representing Kwara Central district, Senator Ibrahim Oloriegbe has revealed that about 17 delegates of the All Progressives Congress, APC, refunded the cash he gave them during the senatorial primary elections.

Speaking, during an interview Channels Television on Wednesday, the lawmaker, who was aspiring to return to the upper chamber in 2023, accused the State governor of manipulating the election in his (governor) favour.

According to him,  the cash was for logistics, stating that while 17 delegates refunded theirs, others did not,.

He added that they intended voting for him but were forced to do otherwise.

He said, “In my own election (primary), 17 delegates came back to give me money which I gave them for logistics; others did not because they said ‘we wanted to vote for you, but we are not allowed to vote’.

It will be recalled that many Senators who lost in the APC Primaries are moving into the main opposition, PDP and other parties.

It was reported yesterday that Senator Ibrahim Shekarau also announced his defection from the ruling party to NNPP due to intensive internal crisis in Kano APC.

Previous: Fayose’s Outburst: I will continue to appeal to aggrieved persons- Atiku
Next: North-West will vote massively for Tinubu, APC in 2023- Lukman