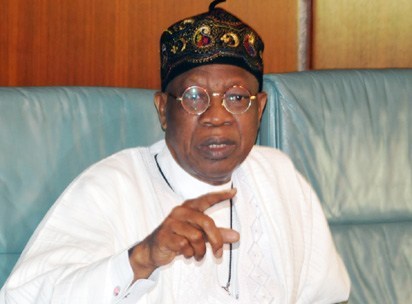 Minister to Atiku: Any action you take outside tribunal will amount to self-help

Mohammed stated this while featuring on the political segment of the Network Service of Radio Nigeria, monitored by the News Agency of Nigeria NAN), on Thursday in Abuja.

He said that his position was based on the verdicts of both domestic and international observers on the outcome of the elections.

“I know you will naturally expect me to say the elections were free and fair, but I think this also is the verdict of both domestic and international observers.

“I rely on these observers who unanimously agree that despite the isolated cases of violence and irregularities in some places, the 2019 general elections were free, fair and credible,” he said.

Mohammed further said that any contrary opinion by anybody or political party would be to swim against the tide.

“So for me, I will rely on what people have said, especially those who are not partial. I have no doubt in my mind that the elections were free, fair and credible,” he said.

He said that his personal observation during the election both as a participant and mover also showed that it was free, fair and credible.

The minister stated that all candidates that participated in the polls had the right to challenge its outcome at the election petitions tribunal.

He said that any action taken by any aggrieved party to de-legitimize the election outside the tribunal would amount to self-help.

“It is the right of any candidate who feel unsatisfied with the outcome to approach the election petition tribunal.

“In respect of the presidential candidate of the PDP, the case on-going at the election petition tribunal is absolutely in order.

“What we abhor is any other attempt to resort to self-help or any attempt outside the tribunal to try to de-legitimize the choice of Nigerians.

“A few weeks ago, our landscape was dotted with billboards and posters about the PUKA, the right and ordained one.

“This tries to give the impression that he won the election, and we had to come out strongly to say no this is wrong,” he said.

The minister said that there was a government already in place, adding “if anyone feels aggrieved, let them please go straight to the election petition tribunal and prove their case”

Mohammed expressed confidence that Buhari and his party, the All Progressives Congress, would triumph at the tribunal.

“Our party won with almost 4 million votes, we don’t even contemplate losing at the tribunal,” he said